A wealth of evidence shows individuals are biased and firms can often exploit consumers’ behavioral biases in their contract designs. In this paper, we study how vulnerable biased individuals are to their own behavioral biases in market equilibrium, and focus on the role of risk aversion and intertemporal elasticity of substitution (IES). We measure consumer vulnerability by the percentage loss in a consumer’s equilibrium certainty equivalent from a market with non-biased consumers to that with biased ones. We examine several important behavioral biases that have been extensively studied in the literature, including the impact of biased beliefs (either over- or under- confidence) in an insurance market, the impact of present bias and naivete about present bias in a dynamic model of credit contract design, the impact of projection bias about habit formation, and the impact of expectation-based loss aversion on an investor’s portfolio choice. In all four cases, we show that consumer vulnerability to the commonly studied behavioral biases has a non-monotonic relationship with risk aversion or IES. This is in striking contrast to the deviations in the equilibrium allocations from the relational benchmark, which are often monotonic to the risk aversion or IES. We also consider a setting of biased agents with Epstein-Zin preferences to isolate the effect of risk aversion from that of IES. 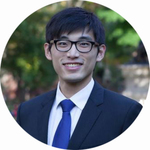 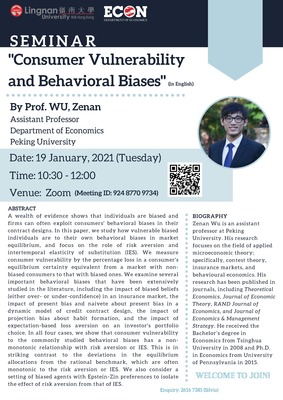