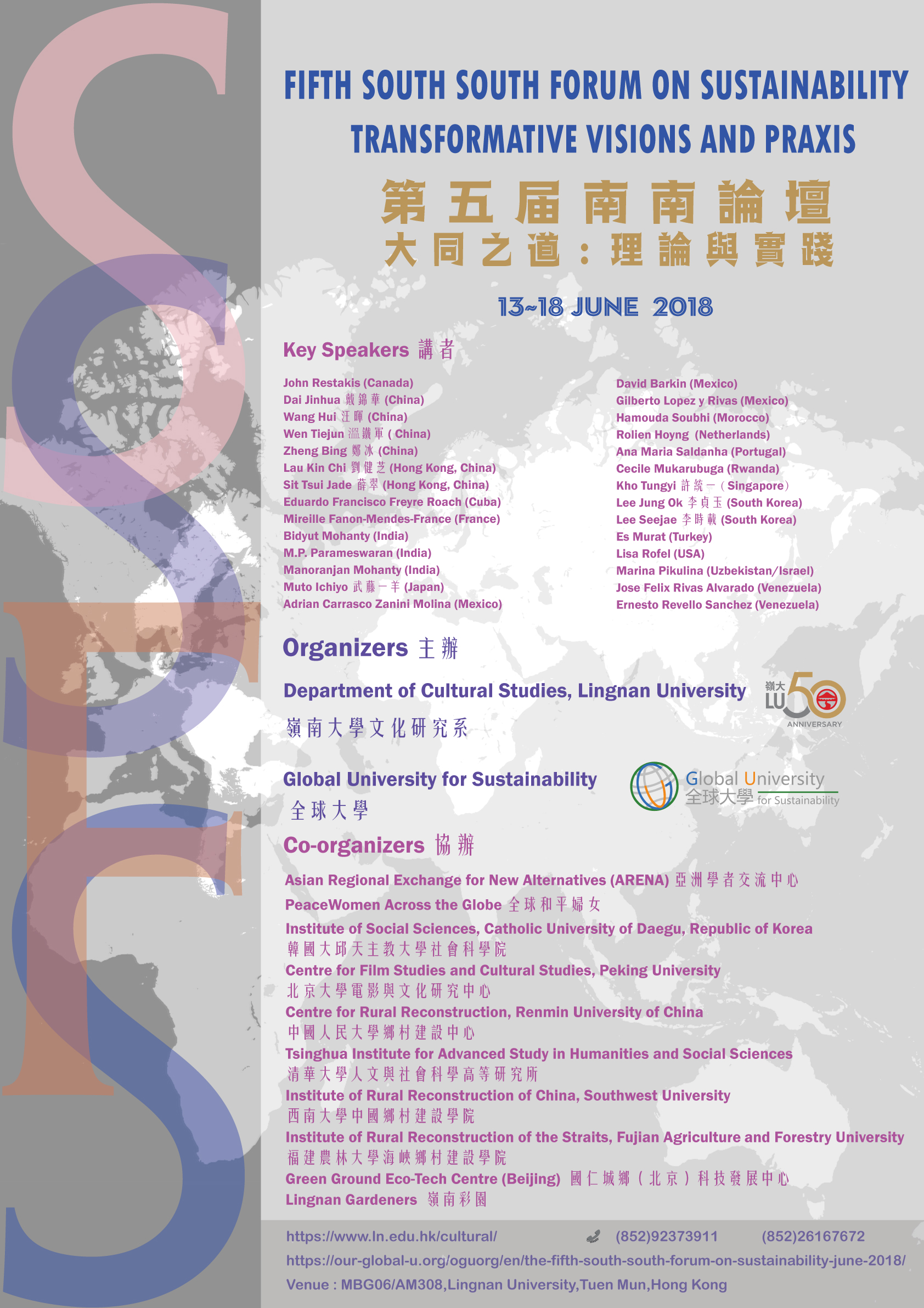 The Fifth South South Forum on Sustainability focuses on “TRANSFORMATIVE VISIONS AND PRAXIS”. As a continuation of the debates of the previous four forums, the aim of the Fifth Forum is to examine the current state of affairs – the global financial and economic crises worsening, political-militaristic ventures and threats in NE Asia and Middle East in particular, and social polarizations and tensions in nation-states aggravating. Going beyond just critiquing the state of affairs, the Forum will articulate and debate transformative visions and paradigms, which will be based on transformative praxis, drawing upon experiences of community governance in Asia, Africa and Latin America, and foregrounding the concept of “the common” in the production of a new mode of cohabitation. The Forum is a platform for dialogues and debates among grassroots practices in the production, dissemination and use of knowledge, as well as interactions among thinkers in search of paradigms for peace and justice. Review of the experiences of specific countries such as China and Korea will be one feature of this Forum. The Forum is composed of:

For the Reader and full Participants List, please see https://our-global-u.org/oguorg/en/the-fifth-south-south-forum-on-sustainability-june-2018/

Browse the contents of 2018 The Fifth South-South Forum on Sustainability 第五屆南南論壇: