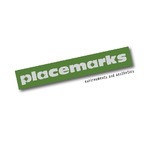 Visual Studies at Lingnan University answers the growing interest in Arts & Humanities research with relevance to society by emphasizing environmenal aesthetics, Chinese art, Art and Well-being, and "research expression." The exhibition "placemarks" is an example of research expression, for each of the works on display is a response to a clear question: "What Environment Do We Want?" This question defines the focus of the conference to which the exhibition, and the exchanges that it facilitates, contribute by means other than traditional forms of scholarly talk.

In organizing the conference titled "What Environment Do We Want? Environmental Aesthetics and Its Implications", at Hong Kong's Liberal Arts University and in the context of the Asian city's rapidly changing natural and urban environment, we were guided by an initial statement:

The goal is to bring together scholars from around the world to reflect on the question of what, from an aesthetic point of view, is a good environment. Although the question is arguably central to the theoretical field of environmental aesthetics, it also has a clear practical import. After all, one would expect actual decision-making in matters concerning the environment (for example, conservation) to be informed by an answer to the question. Consequently, we have decided to invite not just theoreticians, but also people who are actively involved in shaping our environment, such as architects and artists. We have also sought to include scholars who are able to offer an historical perspective on central issues, and scholars investigating how the aesthetic properties of the environment affect people's health and well-being. Finally, a balance is envisaged between a global and a local/regional perspective on the question of what environment is desirable from an aesthetic point of view.

Focusing on the media's impact on how we perceive nature, on changing concepts of home in the wake of widespread demolition and construction on the Chinese mainland and in Hong Kong, on the relations between "geographically dispersed places and people", and on the nature of water, the "placemarks" artworks do what accomplished art on public display does well: they ask the right sorts of questions; they invite those who engage with them to begin the process of seeking answers, through reflection, focused debate, and, indeed, the kind of research that is known as environmental aesthetics.

"What Environment Do We Want? Environmental Aesthetics and Its Implications" and "placemarks" were generously funded by a grant from the Lingnan University Conference Fund. We are grateful to the University, and to our Colleagues, for their support.