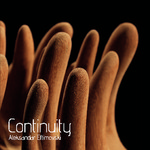 The sculptures displayed in this exhibition demonstrate knowledge transfer and cultural exchange between Aleksandar and Lingnan students in the process of creating site-specific works. They are largely made by timber from Chi Kee Sawmill & Timber, which was founded in North Point on Hong Kong Island in 1947, but later relocated to Chai Wan and then its current site in Kwu Tong, Sheung Shui in 1982. Unfortunately, this rare survivor of timber business has recently been identified as one of the first areas to be cleared for the controversial North East New Territories Development Plan launched by the HKSAR government. When Typhoon Mangkhut battered Hong Kong on 16 September 2018, it felled at least 17,000 trees. Aleksandar collected some broken branches of the fallen trees on Lingnan campus and in nearby area, allowing students to select this unique material for their projects. He and his students have injected new life to wasted materials and transformed them into beautiful sculptures which, in turn, provoke our curiosity and thinking.

Aleksandar Eftimovski was born in Skopje, Macedonia in 1988. He was first graduated from the Academy of Fine Arts in Florence, then pursued his Master’s degree in the Academy of Fine Arts in Carrara. He took a strong interest in sculpture and stone carving. He also received a number of national and international scholarships and awards, which brought him to Facultad de Bellas Artes de Tenerife for studying bronze casting and sculpturing techniques.

Aleksandar was inspired by natural subjects and raw materials, especially marble, which has different colours and patterns, and carries historial traces on the material itself that gives him the best touch. He often goes to marble quarries in Macedonia to source stunning raw materials in exquisite shapes. When creating multiple dimensions on monumental blocks of marble, he sometimes found fossils and geological traces on the material which gives him many possibilities and wonders to play with.