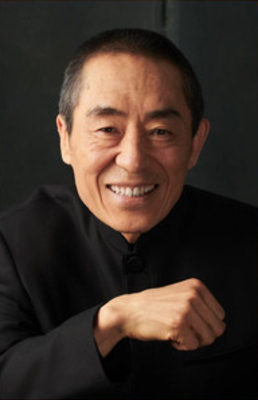 Dr Zhang Yimou has made extraordinary achievements in the field of visual arts, particularly his tremendous contribution to the development of the film industry in China.

In the late 1990s, Dr Zhang made his first foray into the wider world of the visual arts, when he was invited by Maestro Zubin Mehta to direct Puccini’s ‘Turandot’ at the Florence Opera. In 2000, Zhang worked with conductor Zubin Mehta to stage in ‘Turandot’ in the Forbidden City. The film Zhang made of the gorgeous live production brought his work to a worldwide audience of film goers and opera lovers.

Dr Zhang captivated an even larger audience by directing the opening ceremonies of the Beijing 2008 Summer Olympic Games. Making innovative use of colour, graphics, costumes, dance, and technology, Zhang contributed enormously to the host country’s enthusiastic welcome to athletes from all over the world, both in 2008 and for the 2022 Winter Olympic Games.

He was awarded the degree of Doctor of Humanities, honoris causa [in absentia].