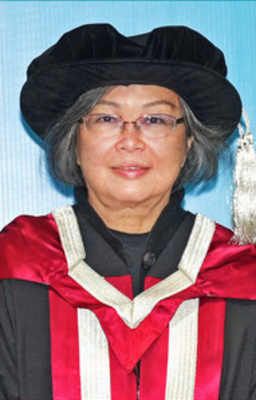 Ms Anna Wu Hung-yuk is widely acclaimed for her public service, with a record that spans four decades and eight administrations, beginning in the 1980s. In her professional life, she specialised in intellectual property law and corporate-commercial cases. She made senior partner at her firm by the age of 30 and was admitted to the Roll of Honour of the Law Society of Hong Kong.

Ms Wu has chaired many public bodies over her long and distinguished career. As Chair of the Hong Kong Consumer Council in 1997, she introduced significant reforms to better protect consumers. As Chair of the Equal Opportunities Commission, she helped protect the social goods of equality and inclusion in Hong Kong. As Chair of the Mandatory Provident Funds Schemes Authority (MPFA) from 2009 to 2015, she was able to reduce risk and cost for employees and to enhance choice. As founding Chair of the Competition Commission from 2013 to 2020, significant legal precedents were established to protect freedom of the market, particularly through the prohibition of cartels.

She was awarded the degree of Doctor of Laws, honoris causa.