The operating logic of Chinese capital in Africa from historical perspective : a case study of sisal industry in Tanzania

The discourse and practice of Chinese capital in Africa has become a hot topic in the academic community, but current scholarship has tended to be one-sided and to ignore history. By comparing a western company, a local company and a Chinese company in the Tanzania sisal industry, this paper argues that there are commonalities among all three cases, when these are framed in the context of Tanzania’s international status, political and economic structures, and the history of sisal industry development. Specifically, the three cases all show the importance of the relationship between the state and enterprise investment; cheap land and labor as a primary source of capital accumulation; and chronic labor shortage in analyzing the sisal industry in Tanzania.

At the same time, these three sisal enterprises show differences in concrete implementation. Western capital by virtue of its first-mover advantage is good at making political investments, shaping and dominating the global value chain, and setting the rules. Local capital relies on its local advantages and has the ability to influence policy making but is still dependent upon western capital due to its weakness. Chinese capital, on the basis of localized operations, has a culture of self-reliance and bearing hardships, and has focused on productivity improvement based on technology input. The most important finding of the study is that Chinese capital has broken the western capital monopoly in the world sisal trade and provides a new development solution for the Tanzania sisal industry. 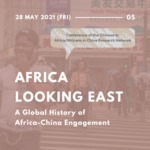 Ma, J. (2021, May 28). The operating logic of Chinese capital in Africa from historical perspective: A case study of sisal industry in Tanzania [Video podcast]. Retrieved from https://commons.ln.edu.hk/videos/895